The AREA Vice-President of International Affairs, Marco Buoni, had the opportunity of interviewing the President of ASHRAE, Bjarne Wilkens Olesen, during the last ASHRAE Winter Meeting and AHR Expo. Professor Olesen, from Denmark, is the first non-native English-speaking President and only the second who is not from North America.

This was an important meeting, where representatives form two leading global associations had the opportunity to get to know each other and discuss their common goals. A European President at the head of the American Association will clearly bring the two sides of the Atlantic closer together on important subjects, most of which are global in nature and require international support and solutions.

The three questions put to the President of the American Society of Heating, Refrigeration and Air conditioning engineers were:

See below the video footage of the interview 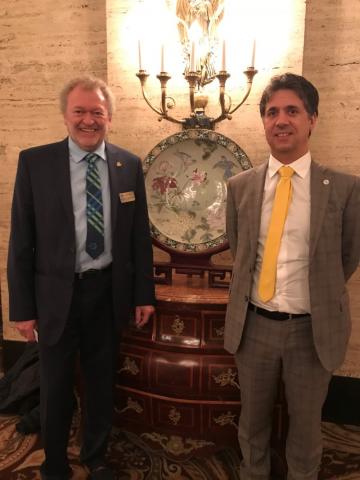